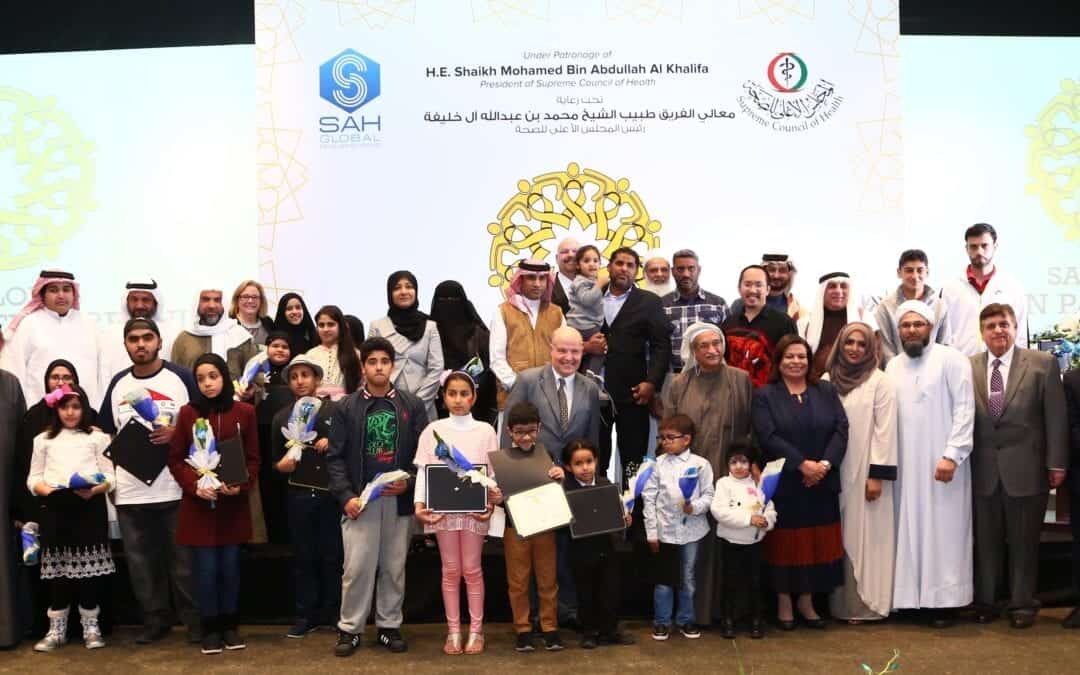 Manama, Bahrain – February 13, 2017– SAH Global conducted the MENA region’s first-ever Proton Therapy Patient Reunion in the Kingdom of Bahrain.  Founded in 2005, SAH is the only company in the MENA region that is already treating patients from the area, while establishing a network of Proton Therapy centers globally, with the first center slated to be in the GCC.

The event was held under the patronage of H.E. Sheikh Mohamed Bin Abdullah Al Khalifa, President of the Bahrain Supreme Council of Health. The reunion was a gathering for cancer patients from Bahrain that had traveled to the U.S. and were treated by the SAH team with proton therapy. The patients were greeted by members of SAH Global’s U.S. based executive and clinical treatment team including Mr. Feroz Agad (Chairman) Dr. Allan Thornton, (Chief Medical Officer), Mr. Faique Sayeed (Chief Operating Officer), Dr. Andrew Chang (Chief of Pediatric Proton Therapy), Mr. Edward Dickey (Director of Healthcare Services) and Mr. Abdul Rahman Al-Hussaini (Director of MENA region of SAH Care).  Dr. Allan Thornton welcomed and thanked H.E. Sheikh Mohamed Bin Abdullah Al Khalifa and H.E. Dr. Aysha Buaneq, Undersecretary of the Ministry of Health for their continued commitment to the people of the Kingdom of Bahrain in providing the best medical care.

Feroz Agad, Chairman of SAH Global, said “We founded SAH Global back in 2005 to bring this much-needed treatment globally to those afflicted with cancer. We’ve had the pleasure of training and educating many clinicians, insurance providers, and Ministries of Health on the efficacy of proton therapy for the past 12 years. With today’s reunion, it gives us great pleasure to see the fruits of our hard work and effort of promoting and utilizing proton therapy as one of the leading treatment modalities for cancer.”

H.E. Sheikh Mohamed Bin Abdullah Al Khalifah expressed his happiness with the celebration dedicated to patients that had been treated with Proton Therapy. H.E. Sheikh Mohamed stated that “with the partnership between SAH Global and our Ministry of Health, we in Bahrain see the fruits of our collaboration through the excellence of care and treatment that SAH has provided to our patients. SAH has a unique medical team as they are one of the most experienced team of experts in the field of proton therapy. The team takes the extra steps in going above and beyond our collaboration and partnership agreement by providing deep care and affection towards each and every one of our patients. We at the Supreme Council of Health and the Ministry of Health have been pleased with the outcome that our patients have had and look forward to carrying on collaborating with SAH Global.”

He went on to explain that the patients were being treated under the leadership of His Majesty King Hamad Bin Isa Bin Khalifa, who has put all his efforts in making health services available to all the citizens of the Kingdom of Bahrain. SAH Global signed an agreement with the Ministry of Health in 2012 to bring patients from the Kingdom of Bahrain to the U.S. for treatment with Proton Therapy. 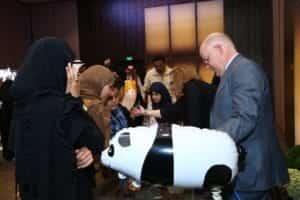 Dr. Allan Thornton and the SAH team taking part in the children activities

The reunion event for patients who have graduated from the treatment featured many activities for the younger patients, including a magician, face painting, balloon animals, board games, movies, and an indoor maze. During the celebration, each patient was presented with a certificate and a commemorative bell, which they all rang to signify the end of their treatment.  H.E. Sheikh Mohammed Bin Abdullah Al Khalifah, H.E. Dr. Aysha Buaneq, Dr. Allan Thornton, and Dr. Andrew Chang presented the items to every patient.

About SAH Global
SAH Global’s vision is commitment to the introduction of Proton Therapy as one of the primary solutions for cancer treatment in the Middle East and around the World.  SAH Global believes in building a strong sustainable society, and as such, will leverage the success of its global ventures to make long-term contributions to the community, promote the growth of their employees, and help create a greener environment. For more information about SAH Global and Proton Therapy please contact [email protected]